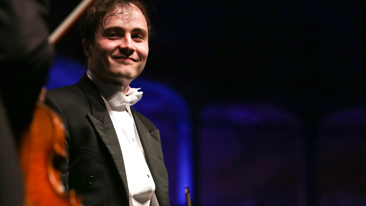 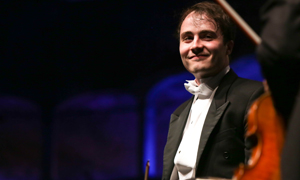 Organisers of the Nestlé and Salzburg Festival Young Conductor's Award are widening the selection process to give more talented young people the opportunity to rehearse modern works of classical music with a world-renowned orchestra.

It now includes a 'Contemporary Music Day', where eight conductors will perform with the Austrian New Music Ensemble for the international jury to compete for a place in the final.

In previous years, the jury selected three finalists directly from the pool of entrants to conduct an orchestra at the 'Nestlé and Salzburg Festival Young Conductor's Award Concert Weekend', before choosing a winner on the basis of these performances. Now, the finalists will be selected from the Contemporary Music Day.

By widening the selection process, the organisers aim not only to give more young conductors the chance to benefit from the expert guidance of the jury, but also to promote innovative works of classical music written after 1950. 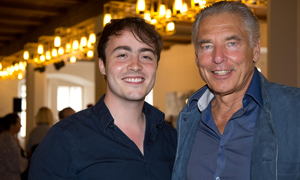 Launched in 2010, the Nestlé and Salzburg Festival Young Conductor's Award is open to people aged 22-35. It has already supported the career development of four young conductors.

Winners receive EUR 15,000 and the opportunity to conduct a concert with the Gustav Mahler Youth Orchestra in Salzburg's famous 'Felsenreitschule' music hall during the prestigious festival, which takes place every summer. A CD recording of their concert is also produced.

This year's winner, 23-year-old Ben Gernon from the United Kingdom, was selected from more than 80 entrants.

He will conduct Ludwig van Beethoven's 'Concert for Violin and Orchestra in D, op.61', and Sergey Prokofiev's 'Symphony No. 5 in B flat, op.100', at the 2013 Nestlé and Salzburg Festival Young Conductor's Award Winner's Concert on Saturday 17 August.