Half the world’s population now live in urban locations and this proportion is set to reach two-thirds by 2050. So it’s vitally important that we have enough arable land in rural areas to feed this growing urban population who are reliant on food being grown by others.

This issue is important to us as we rely on more than 5 million farmers to produce agricultural raw materials for our high quality foods and beverages. This is why we’re working so hard to ensure we source raw materials in a responsible and sustainable way. We are also actively engaged in initiatives to address rural poverty and develop farming skills, which are needed to make farming an attractive occupation. 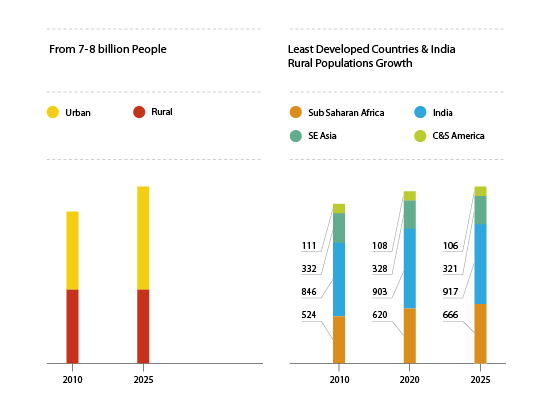