Celebrating 75 years of the Nestlé brand that invented instant coffee 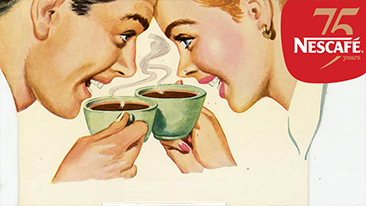 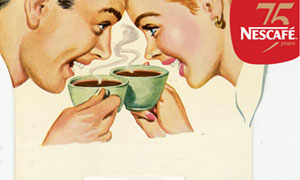 Celebrating 75 years of the Nestlé brand that invented instant coffee

A Nestlé brand that started as an idea to solve the problem of what to do with unsold coffee is celebrating its 75th anniversary and its position as one of the world’s favourite drinks.

Today more than 5,500 cups of Nescafé instant coffee are consumed every second with different varieties catering to different tastes and preferences around the globe.

“We are celebrating the rich history and heritage of Nescafé, the world’s first instant coffee, which has kept the distinct coffee aroma. Over the past 75 years it has evolved from a tin of coffee to a full portfolio of products and systems,” said Carsten Fredholm, Head of Nestlé’s Beverage Strategic Business Unit.

“Nescafé is present in over 180 countries and we are also highlighting its promise for future growth as it continues to lead the coffee beverage category,” he added.

Innovation from the start

In 1929, Louis Dapples, the Nestlé Chairman at the time, was presented with an interesting task by his former employer, the Banque Française et Italienne pour l’Amérique du Sud.

Following the Wall Street Crash and the collapse of coffee prices, the bank had a lot of coffee sitting unsold in warehouses in Brazil.

Nestlé was asked whether these stocks could be turned into a ‘soluble coffee cube’ to be sold to consumers.

A chemist Dr Max Morgenthaler joined the company to help its researchers find a solution.

After three years of research they discovered that café au lait – coffee mixed with milk and sugar
– converted into powder kept its flavour for longer.

But this powder was not easily soluble, and the milk and sugar caused production challenges.

However, Dr Morgenthaler found that coffee taste and aroma were better preserved in sweetened milk coffee rather than unsweetened. He also found that the coffee kept longer after being exposed to high temperature and pressure.