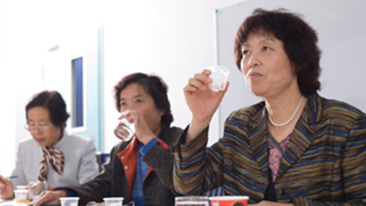 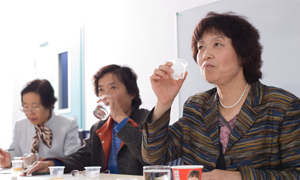 Elderly people who consume the wolfberry fruit in a milk-based formula may strengthen their ability to fight certain infections, according to a new study by Nestlé.

The company's scientists in Switzerland and China investigated whether giving healthy Chinese people aged 65 to 70 a daily supplement of 'lacto-wolfberry' would enhance their immune response to a seasonal influenza vaccine.

The study, published in the scientific journal 'Rejuvenation Research', is believed to be the largest randomised controlled clinical trial to examine the effect of wolfberry supplements on the immune response of this population group.

It follows earlier published research conducted by Nestlé scientists into lacto-wolfberry, the company's proprietary blend of milk protein and wolfberry

That study, undertaken in collaboration with the Hong Kong Polytechnic University, found lacto-wolfberry enabled the fruit's natural antioxidants to be more easily available to the body after ingestion.

Half of the 150 people who took part in the latest study were given lacto-wolfberry in a hot soup every day for three months. The other half - the control group - were given a placebo.

On day 30 of the study, all participants received a seasonal influenza vaccine.

Scientists measured the level of influenza-specific antibodies in each participant before and after vaccination.

The results showed that while all the participants had increased levels of influenza-specific antibodies after being vaccinated, those who had consumed lacto-wolfberry had a higher increase in antibodies than those in the control group, who had not.

"People's natural ability to fight infection often declines as they age, as does their capacity to develop effective vaccine response," said Dr Karine Vidal, the scientist from the Nestlé Research Center in Switzerland who led the study.

"Measuring someone's ability to produce antibodies in response to vaccination is an effective way of assessing their 'immune status.'

"The outcomes of this study, as well as data from previous research, suggest dietary supplementation with lacto-wolfberry can strengthen the immune system."

"We believe this could translate into a clinical benefit, for example a reduced rate of respiratory infections," she added.

"This is especially significant for immune compromised populations, such as the elderly."

Wolfberry, also known as 'goji berry', has a long tradition of use in food and in herbal medicines in many Asian countries including China.

The fruit has gained attention in Europe and North America in recent years for its reported potential health benefits and anti-ageing properties. However, there is little scientific evidence to support its effects.

"Wolfberry has a strong reputation in Chinese culture as being beneficial for vision," said Dr Junkuan Wang, Head of Nestlé Research Centre Beijing.

"Nestlé has already carried out research that suggests it may help to maintain eyesight, but we believe this is the first modern study to show that wolfberry, in a milk formulation, can help strengthen the immune system."